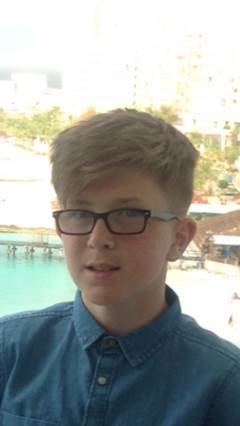 When 12-year-old Alan Watson from Edinburgh attended his local Optical Express clinic in Cameron Toll with his mum for his annual check-up, Optical Express Optometrist Amna Bashir noticed blurred margins on comparison of previous fundus photos. As a precaution, Amna called the hospital and arranged for him to be seen that day.

In hospital, they were able to identify that the shunt in Alan's brain had broken, due to a swelling in his brain. He went into theatre for brain surgery the following day, receiving an essential emergency surgery that will have saved his life.

Alan, who has just started his second year of high school, had needed glasses since he was 3 years old. He was born with hydrocephalus, a condition characterised by extra fluid on the brain, which resulted in him having a shunt fitted at birth.

Without the thorough analysis of the abnormalities in his eye exam, the broken shunt could have been undetected and fatal.

Alan's mother, Carmen Anderson, said that there had been no obvious signs that anything was wrong with him. While in hindsight her son had complained of tiredness and suffering more headaches than usual, she put this down to him being a typical pre-teen.

Situations like Alan's seriously highlight the importance of ensuring children regularly attend their eye tests. Alan was asymptomatic, which means he wasn't showing anything to suggest there was an internal problem.

Stephen Hannan, our Clinical Services Director confirmed that a case like this highlights the importance of children of all ages having their eyes examined at least once per year, or sooner if there are any symptoms of concern to the child or parent.

Children under the age of 16 years are entitled to eye examinations at no cost, and at Optical Express, they also receive 2 pairs of glasses free of charge, 1 pair from the NHS and one from Optical Express.